Professor Sir John Bell (GBE, FRS, FMedSci) is the Regius Professor of Medicine at Oxford University. Sir John went to Oxford as a Rhodes Scholar to train in medicine and undertook postgraduate training in London and at Stanford University.

At Stanford he developed research interests in the area of immunology and genetics with a particular focus on characterising the molecular events associated with susceptibility to autoimmune diseases. He returned to Oxford as a Wellcome Trust Senior Clinical Fellow in 1987 and was elected to the Nuffield Professorship of Clinical Medicine in Oxford in 1992. In 1993, he founded the Wellcome Trust Centre for Human Genetics, one of the world’s leading centres for complex trait common disease genetics. In 2002, he became the Regius Professor of Medicine.

Sir John served as President of the Academy of Medical Sciences from 2006 to 2011. He was appointed to Chair the Office for the Strategic Coordination of Health Research (OSCHR) and in December 2011, he was appointed one of two UK Life Sciences Champions by the then Prime Minister. In August 2017 the UK Life Sciences Industrial Strategy, written by Sir John, was published. The report, written in collaboration with industry, academia, charity, and research organisations, provides recommendations to HM Government on the long term success of the life sciences sector.

In 2008 he was made a Fellow of the Royal Society and was made a Knight Bachelor for his services to Medical Science. He was appointed Knight Grand Cross of the Order of the British Empire (GBE) in the 2015 New Year Honours for services to medicine, medical research and the life science industry. 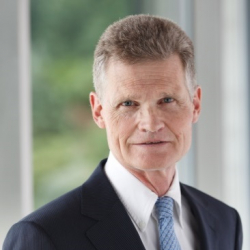